Synopsis The Lighthouse (2019)
The hypnotic and hallucinatory tale of two lighthouse keepers on a remote and mysterious New England island in the 1890s.

Did You Know?
Trivia
Pattinson and Dafoe stated that they barely spoke a word to each other on set and were too exhausted to hang out and spend time together after a day of shooting because filming was so physically demanding due to the miserable weather conditions. While Pattinson stayed at a normal hotel with the rest of the filmcrew during the shot, Dafoe lived in a little fishing cottage in solitude. Source: Here 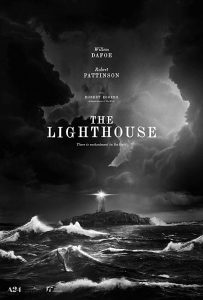 Behind The Scene Pictures The Lighthouse (2019)